Read about some of the verdicts that Mr. Goldstein has obtained on behalf of his clients.

Watch video excerpts from a few of the television broadcasts about Mr. Goldstein's cases. 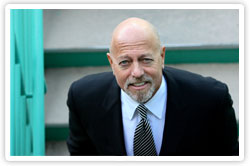 Michael Goldstein holds the highest rating – “AV” – for legal skill and ethical conduct, by Martindale-Hubbell, a firm that provides peer-ratings for attorneys nationwide.

He is listed in Best Lawyers in America ®, one of the oldest and most respected peer-review publications in the legal profession. Best Lawyers is considered to be one of the most reliable, unbiased source of legal referrals anywhere.

He has been selected as a Southern California Super Lawyer®. The SCSL San Diego Edition, names the top 5 percent of lawyers in San Diego, as chosen by their peers (in a survey of more than 10,000 active lawyers in San Diego) and through the independent research of Law & Politics.

He is a member of ABOTA – the prestigious American Board of Trial Advocates, whose membership is limited to a select group of trial attorneys. Of the approximate 12,000 practicing attorneys in San Diego County at the time of his admission, only 150 had been approved for membership in ABOTA.

He is a two-time recipient of the "Outstanding Trial Lawyer Award" from the Consumer Attorneys of San Diego for having obtained multi-million dollar verdicts in challenging catastrophic injury cases.

He has been an instructor for many years at the San Diego Inn of Court, Trial Practice Program.

He has attended the Gerry Spence Trial Lawyer’s College.

He has appeared in national television broadcasts, including 20/20 and NBC Nightly News, as well as local and national print media.

He has served as a Judge Pro Tem in San Diego Superior Court.